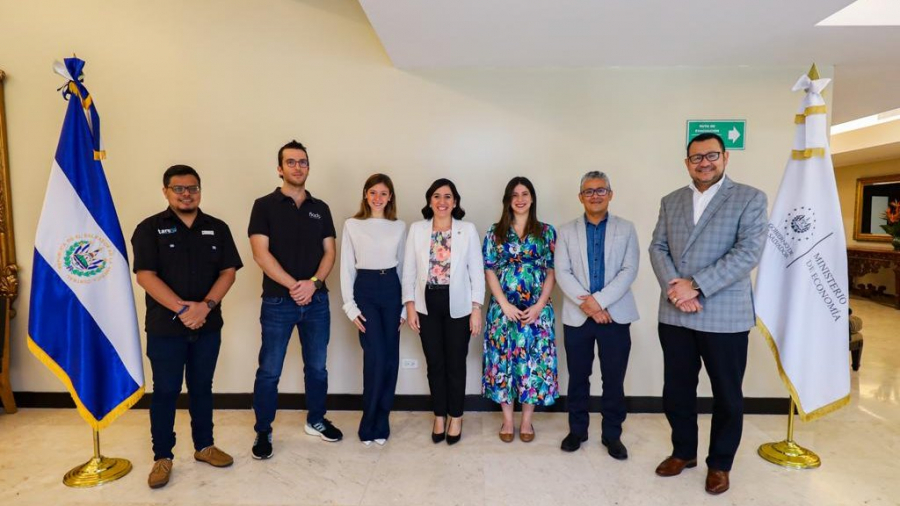 The Ministry of Economy celebrated the final of the third national phase of the Entrepreneurship World Cup (EWC) 2022, a program developed with the objective of empowering entrepreneurs at different levels.

This year was the third edition of the cup in the country, after joining this effort together with Global Entrepreneurship Network (GEN) in 2020. The EWC consists of two phases: a national phase, which ended today, and an international phase, which will be joined by the winner who will represent El Salvador.

For the current edition, 119 proposals from entrepreneurs from 10 departments participated in the following three different categories: idea, early stage and growth. The finalists were Play-re-play, Tareyas Agrotech, Jobbi, Fiado App, Topia and Dloop.

"The innovative proposals we received this year denote the talent of salvadorans to solve problems and also take advantage of opportunities, both from the business sector and the public sector", said minister Hayem, who thanked the support of the 50 partners for this year.

The winning venture was Fiado App, which will now be part of an intensive short-term program where it will be assigned an expert mentor to strengthen its work. It is worth remembering that, with the three editions of the cup, the Government of President Bukele has supported 400,000 participants and has delivered more than $3 million in cash prizes.

Starting this year, Economía has created a special program to support the finalists of the program, which will provide non-refundable co-financing of $15,000 for finalists in the idea category, $30,000 for the early category and $100,000 for the growth category.

More in this category: « ANEP seeks to boost companies digitally in ENADE 2022
back to top