A new Galaxy Unpacked that invites you to "Unfold your world" 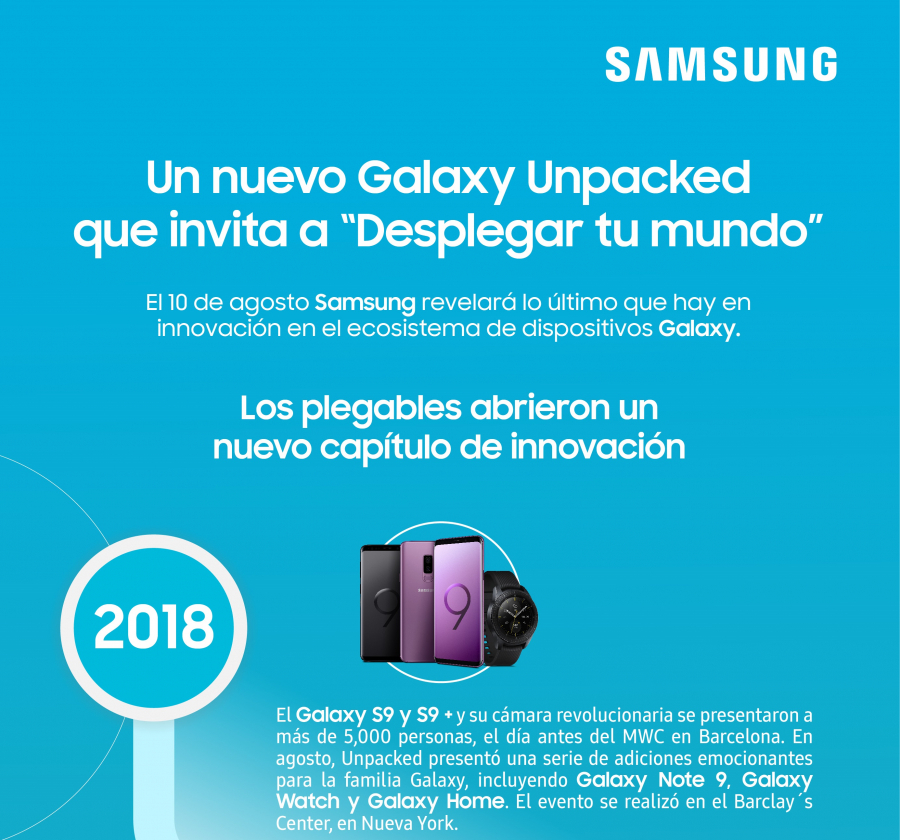 The highly anticipated Galaxy Unpacked event that Samsung hosts every year in the month of august is just around the corner, as on the 10th of that month it will be broadcast live for the whole world from the Newsroom and the SamsungLatin YouTube channel at 7:00 am.

Tune in this august 10 to find out how the company is pushing boundaries, challenging conventions and opening doors to new experiences.

Samsung's Galaxy Unpacked events, where the brand announces its mobile device division launches, have already occupied a preferential place in the agenda of fans, journalists, bloggers, influencers, designers and innovation and technology enthusiasts, who have been following these spectacular events for 14 years.

Since 2009, Samsung has been setting a milestone with its Unpacked events, which set the tone for the technology and mobility industry, signaling new possibilities for the future. From impressive performances to unforgettable shows, these events have left their mark on the tech world. Let's review these unpacked events chronologically, and remember the big announcements of these 14 years.

2009: Launch of the Samsung S8000 Jet, the fastest phone at the time. The official launch was in Singapore, Dubai and London.

2010: The South Korean company chose Las Vegas to launch the first member of the S line, the Galaxy S.

2011: In february, during the Mobile World Congress in Barcelona, the Galaxy S2 was presented and, in september of the same year, the Galaxy Note line was premiered in Berlin.

2012: The Galaxy S3 makes its entrance with "touches of bright colors" and "natural shapes" in february. And in august, in Berlin, the Galaxy Note 2 was unveiled during IFA in Germany.

2013: The Unpacked returned to the United States with the launch of the Galaxy S3 in New York, broadcast live on YouTube. While in Europe, the Galaxy Note 3 had its launch in september of the same year in Berlin, Germany.

2014: The Galaxy S5 was unveiled in Barcelona with the new user interface and redesigned icons. The Galaxy Note 4 was introduced in Germany and, for the first time, the simultaneous launch took place in three cities: Berlin, Beijing and New York.

2015: "What's next?" was the slogan of the invitation to the first Unpacked of 2015 (Barcelona), where the Galaxy S6 was launched. In august, from New York, the Galaxy Note5 and Galaxy S6 Edge surprised the audience.

2016: In february, the Galaxy S7 is launched with the hashtag #TheNextGalaxy. The teaser showed someone wearing a Gear VR headset and using VR to open a mysterious box. The event was in Barcelona and the tagline was "Rethinking what a phone can do". While the Galaxy Note 7 was unveiled in New York, at the iconic Lincoln Center, where Mark Zuckerberg made a surprise appearance.

2017: Galaxy S8 and S8+ were unveiled in march, at David Geffen Hall at Lincoln Center (New York) and featured illuminated billboards with dramatic deep-sea imagery and 3D projections on iconic buildings around the world. The second chapter of Unpacked, corresponding to Note 8, was also in New York.

2018: The Galaxy S9 and S9+ and its revolutionary camera were presented to more than 5,000 people, the day before MWC in Barcelona. In august, Unpacked introduced a number of exciting additions to the Galaxy family, including Galaxy Note 9, Galaxy Watch and Galaxy Home. The event was held at the Barclay's Center in New York.

2019: Arrival of the tenth S-series device, Unpacked took place in San Francisco, where they introduced Samsung's first plebale, the Galaxy Fold. Also introduced were the Galaxy S10e, S10 and S10 +; Galaxy Buds, Galaxy Watch Active and Galaxy Fit. In august it was the turn of the Note 10 and Samsung transformed the Brooklyn Barclays Center into a prism of light with displays that immersed attendees in color and innovation.

2021: With Unpacked still being held virtually, Samsung held its first Unpacked of the year on january 14, and the event saw the return of the famous giant cube-shaped Unpacked symbol. The iconic emblem has represented Unpacked since the first event in 2009, but had been noticeably absent in recent years. The Galaxy S21 family was unveiled, highlighting its camera capabilities and 8K video recording. For the second event of the year, august 11 kicked off the next chapter in foldable innovation with two new smartphones, the Galaxy Z Fold3 5G and Galaxy Z Flip3 5G.

Published in Technology
Tagged under

More in this category: « Millicom's (Tigo) emissions reduction targets were endorsed by the Science-Based Targets Initiative Digitalization and cyber risks rise to the highest level »
back to top 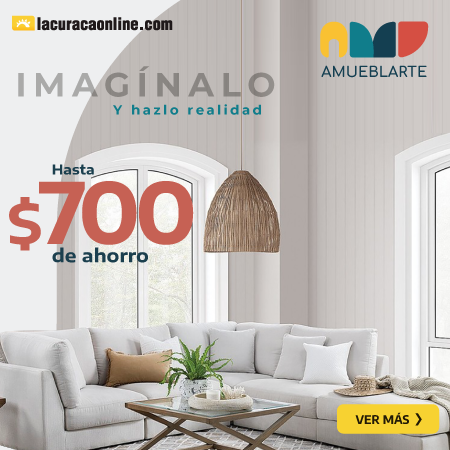